Patrons elected were Cr D. MacGregor, Shire President at the time; J.T. O’Brien, a Councillor who lived at Yallock;  W. C Greaves,  A. Cameron, E Simpson Hill,  a Councillor from Tooradin way; D.J Bourke of the great Bourke Brothers of Monomeith and  J. A Mickle, my uncle.  Quite a turn up of local enthusiasts to work and assist the band.

I don’t know how long this band went for - they were still going in 1923. In 1923, Mickle also mentions the Koo-Wee-Rup Choral Society. In July that year they performed the play Robin Hood, conducted by Madame Bredin.  Dave Mickle writes that at the full dress rehearsal he took his first flashlight photograph. The flashlight consisted of magnesium paper that was set alight by a match - the flash paper was on a metal tray and went off with a great flash. Dave was doubtful that the first flash worked so he decided to take a second photograph using two sheets of magnesium but many of the Choral Society were so frightened by the first experience they refused to take part a second time!

I was also interested to find that in 1932 Koo-Wee-Rup had a Mouth Organ band, with five performers and with Miss Mavis Colvin as pianist.

Cranbourne had Brass Band, which was founded in May 1899 and we have the Minutes book of another Cranbourne Brass Band which was established on March 24, 1928 - the Minutes book ends in 1934; I don’t know how long the band went on for after that. At the other end of the Swamp, the Iona Brass Band was formed in 1909 and disbanded about 1916 when half their members enlisted in the War. 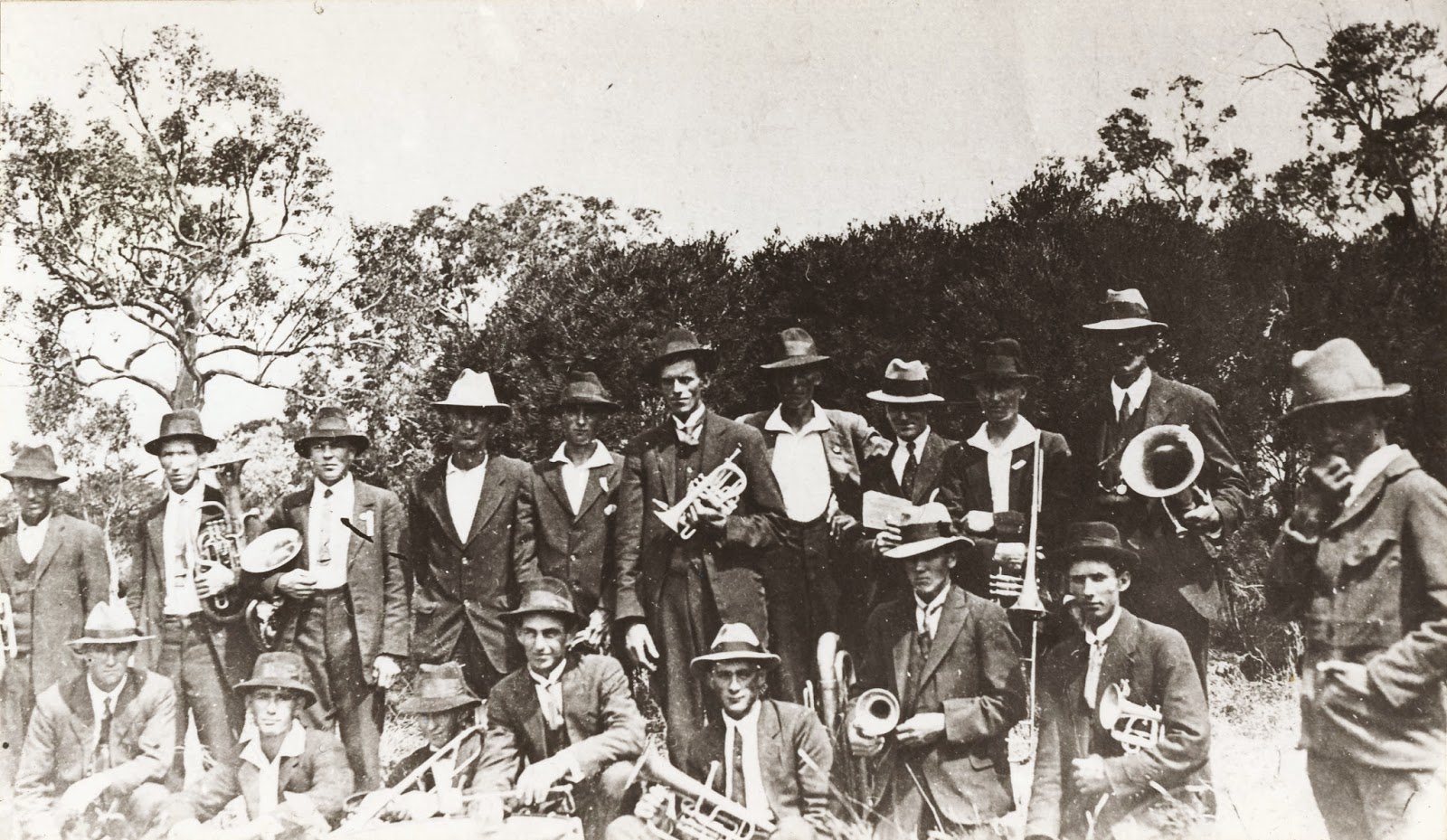 Local farmers were preparing their exhibits for the Royal Melbourne Show - 100 years ago this week - as this article from the Bunyip Free Press of September 10, 1914 tells us. 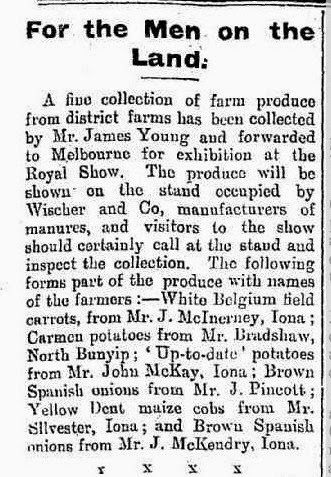 I wonder what 'up to date potatoes were?
Posted by Heather at 11:52 PM No comments: