A short overview of the drainage of the Koo-Wee-Rup Swamp.

I must acknowledge the book  From Swampland to Farmland: a history of the Koo Wee Rup Flood Protection District by David Roberts. (Published by Rural Water Commission in 1985) in the preparation of this history.

Drainage works on the Swamp began in the 1850’s on a small scale and in 1875, landowners formed the Koo-Wee-Rup Swamp Drainage Committee. This Committee employed over 100 men and created drains that would carry the water from the Cardinia and Toomuc Creeks to Western Port Bay. You can still see these drains when you travel on Manks Road, between Lea Road and Rices Road – the five bridges you cross span the Cardinia and Toomuc Creek canals (plus a few catch drains) which were dug in the 1870’s.

It soon became apparent that drainage works needed to be carried out on a large scale if the Swamp was to be drained and landowners protected from floods. The Chief Engineer of the Public Works Department, William Thwaites, surveyed the Swamp in 1888 and his report recommended the construction of the Bunyip Main Drain from where it entered the Swamp in the north to Western Port Bay and a number of smaller side drains as well. A tender was advertised in 1889. Even with strikes, floods and bad weather, by March 1893 the contractors had constructed the 16 miles of the Drain from the Bay to the south of Bunyip and the Public Works Department considered the Swamp was now dry enough for settlement. In spite of this, the Public Works Department was unhappy with the rate of progress and took over its completion in 1893 and appointed the Engineer, Carlo Catani to oversee the work.

Catani implemented the Village Settlement Scheme. Under this Scheme, all workers had to be married, accept a 20 acre block and spend a fortnight working on the drains for wages and a fortnight improving their block and maintaining adjoining drains. The first 103 blocks under this scheme were allocated in April 1893. The villages were at Koo-Wee-Rup, Five Mile, Cora Lynn, Vervale, Iona and Yallock. Many of the settlers were unused to farming and hard physical labour, others were deterred by floods and ironically a drought that caused a bushfire. My great grandfather, James Rouse, a widower, arrived on the Swamp with his nine year old son Joe, in 1903. James, who had been a market gardener in England, was part of a second wave of settlers who were granted land as they had previous farming experience.  By 1904, over 2,000 people including 1,400 children lived on the Swamp. By the 1920s, the area was producing one quarter of Victorian potatoes and was also a major producer of dairy products. 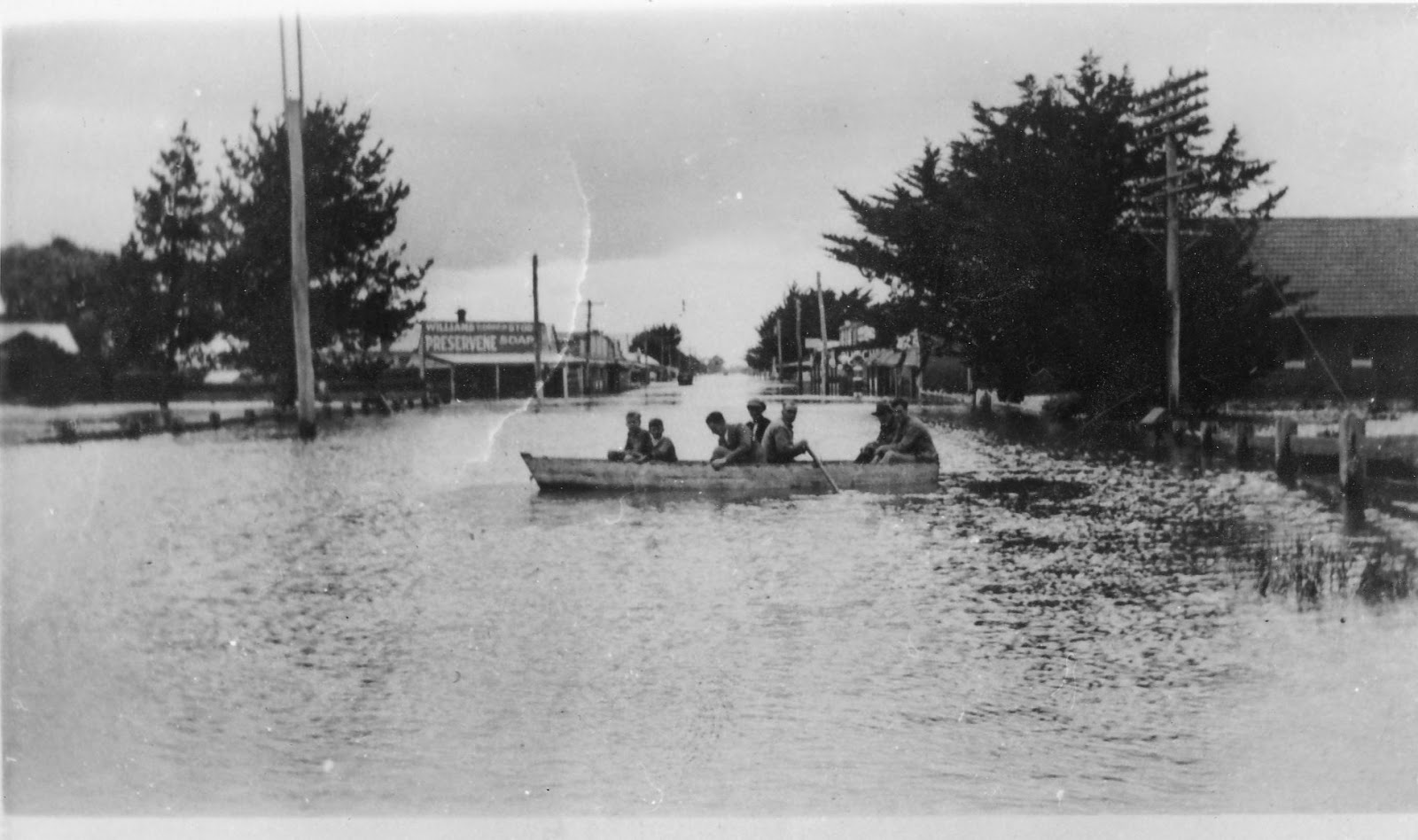 
The original drainage works were completed in 1897 but later floods saw more drainage work undertaken, including widening of the Main Drain and additional side drains. None of these works protected the Swamp against the Big Flood of  December 1, 1934. The entire Swamp was inundated; water was over six feet deep in the town of Koo-Wee-Rup and over a thousand people were left homeless. Another bad flood hit the Swamp in April 1935 and yet another one in October 1937. A Royal Commission was also established in 1936 and its role was to investigate the operation of the State Rivers and Water Supply Commission regarding its administration of Flood Protection districts, amongst other things. The Royal Commission report was critical of the SRWSC’s operation in the Koo-Wee-Rup Flood Protection District in a number of areas and it ordered that new plans for drainage improvements be established. The subsequent works saw the creation of the Yallock outfall drain and the spillway at Cora Lynn, the aim of which was to take the pressure off the Main Drain in flood times and channel the flood waters directly to Western Port Bay.

Today we look at Swamps as wetlands, worthy of preservation, but we need to look at the drainage of the Swamp in the context of the times. Koo-Wee-Rup was only one of many swamps drained around this time; others include the Carrum Swamp and the Moe Swamp. To the people at the time the drainage works were an example of Victorian engineering skills and turned what was perceived as useless land into productive land and removed a barrier to the development of other areas in Gippsland.