100 years ago this week - Railways and Monomeith Railway Station

This appeared in The Argus, on November 26, 1912, 100 years ago this week. It has both a Railway connection (one of my historical interests) and a Swamp connection as Dalmore and  Koo-Wee-Rup were Swamp Stations and Tooradin, Monomeith and Caldermeade were on the edge of the Swamp.
\ 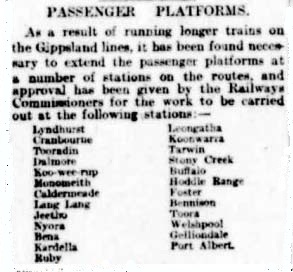 Patsy Adam-Smith wrote about the Monomeith Railway Station in her book Hear the train blow. Her mother was station mistress and post mistress and her father was a fettler. She wrote that Monomeith had no pub, no shop nothing but us. The Railway Station was also the Post Office. The family lived on a house on the platform and Patsy went to Monomeith School until it closed in 1933 and she then travelled by train to Caldermeade School. The family were at Monomeith during the 1934 flood. This is (partly) what  Patsy wrote about the flood - At home we were perfectly safe because of the house being off the ground up on the platform. On the second day Mum heard on the radio that homeless people were being brought into the Railway station at Koo-Wee-Rup. She walked in to help. Where she walked on the five-foot the swirling waters lapped over her shoes, the ballast had been swept away and the sleepers were held up only because they were fastened to the rails. The whole line in parts was swinging…..Dad and other fettlers brought in scores of people who had been cut off on high ground or in the ceilings of their homes. The water had run over the land so suddenly that most people were taken unawares. The Bush Nursing Hospital was caught this way. The fettlers cut through the roof of that building to take out the patients…… Mum, helping patients out of the boat when it reached Koo-Wee-Rup station found Dad’s coat around an old lady who had only a thin nightdress beneath it.

Sadly, none of the Monomeith railway buildings remain. According to a report in a  Korumburra & District Historical Society newsletter, that we received a few months ago at the Koo-Wee-Rup Swamp Historical Society,  passenger services beyond Dandenong  ceased in June 1981 but goods services continued to operate. In 1992, the goods trains ceased and this is when the line beyond Leongatha was taken up. The passenger service to Leongatha was reinstated on December 9 1984 and continued to run until July 23 1993. The trains now stop at Cranbourne.
Posted by Heather at 3:47 AM No comments:

100 years ago this advertisement appeared in the South Bourke and Mornington Journal of November 21, 1912 for the Motor Club Hotel (more commonly known as Kellys) at Cranbourne. Cranbourne is not really part of the Koo-Wee-Rup, being on the western edge, but it is part of my area of interest, so I will be talking about it in future posts. 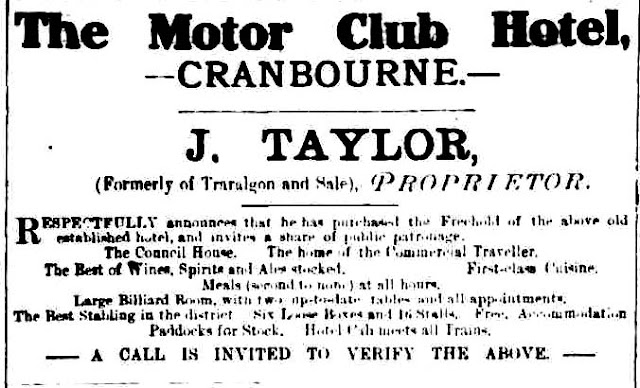 J.Taylor respectfully announces that he has purchased the Freehold of the above established hotel and invites a share of public patronage. It is the home of the Commercial traveller, has first class cuisine and meals (second to none) at all hours. There is a Large billiard room with two up-to date tables and all appointments as well as the best stabling in the district, six loose boxes and 16 stalls. The Hotel cab meets all trains.

The site of the Motor Club Hotel has been occupied by a Hotel since  the Mornington Hotel was built around 1860 by Thomas and Elizabeth Gooch. By 1912, at least, it was known as the Motor Club Hotel, which may have been related to the birth of the Royal Automobile Club of Victoria in Tooradin or may have reflected the fact that Cranbourne was a popular destination for early motor car excursions.
The Kelly family, who were also licensees of the Cranbourne Hotel (which was situated where Greg Clydesdale Square in High Street is now located) took over the license of the Motor Club Hotel in June 1919. 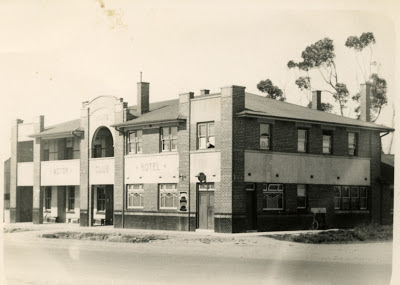 The existing Motor Club Hotel, was built around 1926 - it is pictured above, most likely just after it was built. This picture is from the Cranbourne Shire Historical Society collection. The picture, below, was taken in the 1960s. 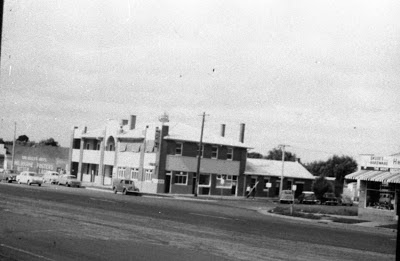 Posted by Heather at 2:10 AM No comments:

In honour of Remembrance Day, I am posting photographs of my two Great Uncles who served in the First World War. They are the sons of Horatio and Eleanor Weatherhead and the brothers of my grandma, Eva Rouse. 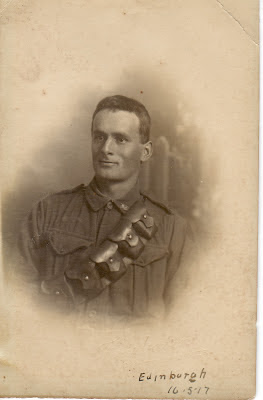 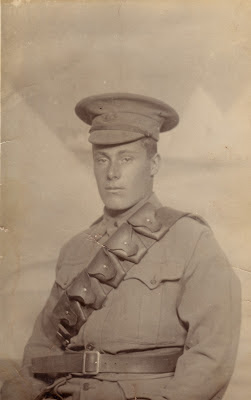 Dad has good memories of both Frank and Alf; he saw Frank frequently as they lived close and Alf used to come and stay at Grandmas.
Posted by Heather at 9:15 PM No comments: 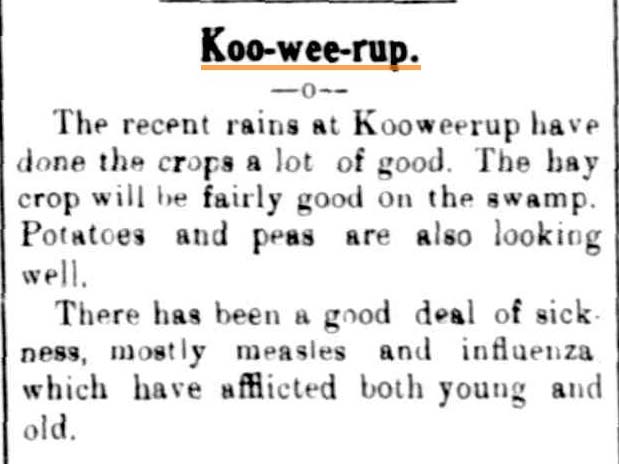 From the South Bourke and Mornington Journal of November 14, 1912.
Available on Trove http://trove.nla.gov.au/newspaper

This is interesting for a number of reasons - firstly we have had too much rain in the area over the past eighteen months or so and potato farmers especially have suffered. Secondly,I don't believe peas are grown around here any more. Thirdly. the second paragraph is a reminder to us how devastating diseases such as measles and influenza could be before immunisation and antibiotics. For instance, in 1912, the Infant Death rate in Victoria was 74; that is for every 1,000 babies born, 74 would die before they turned one. This was down from 108 in 1902. The rate is now a bit less than five.
Posted by Heather at 12:14 PM No comments:

I was looking through the South Bourke and Mornington Journal, on Trove http://trove.nla.gov.au/newspaper and came across this reference to my great Grandfather, Horatio Weatherhead. Horatio had worked with James Lyon in the Wombat State Forest, at Lyonville and then in 1908 Horatio took up the lease, for saw milling purposes, of 2,000 acres at Tynong North. In December 1909 he built a mill at Wild Dog Creek, the east branch of Cannibal Creek.The mill was powered  a Buffalo-Pitts traction engine.  Until 1913, the timber was hauled away by bullock teams every second day - either dispatched to Melbourne from the Tynong Railway station or off-loaded into the Weatherhead timber yard in Tynong.*  No doubt this constant traffic was causing the road's 'terrible condition'.  I am not sure what Horatio's response would have been, I believe he was a 'strong personality' and would have no trouble getting his viewpoint across.

Horatio was very inventive and applied for at least two patents. You can access Patent information in the Victorian State Government Gazettte http://gazette.slv.vic.gov.au/  They have been digitised from 1836 to 1997. 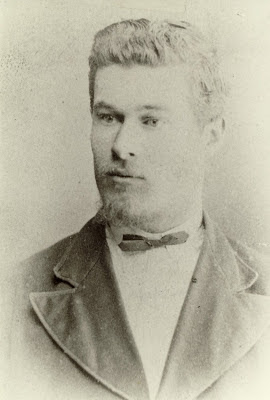 This is Horatio William Weatherhead, the son of Henry Fortescue Weatherhead and Ellen Ramsdale.  He was born June 28, 1853 at Portland and died October 24, 1925 and is buried at the Bunyip Cemetery. Horatio was said to be 6 feet, 6 inches tall and weighed 19 stone.On January 5, 1880 Horatio married Eleanor Hunt, the daughter of Walter Davidson Hunt and Mary Ann Osborne. Eleanor was born at Dennington on February 17, 1856 and died on May 15, 1927. Eleanor is also buried at Bunyip. This is Eleanor, below. I know this photograph really well as Grandma (Eva Rouse) had it above her bed in the house at Cora Lynn. 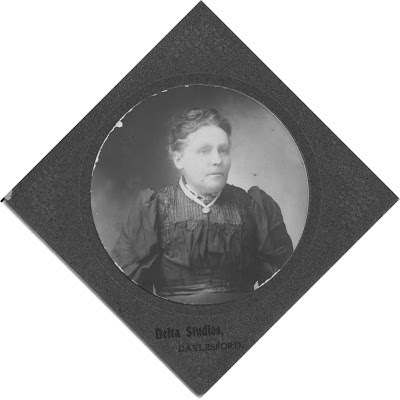 *The information about the Weatherhead sawmill comes from Settlers and Sawmillers: a history of West Gippsland Tramways and the industries they served by Mike McCarthy. Published by Light Railway Research Society of Australia, 1993.
Posted by Heather at 9:52 PM 1 comment: 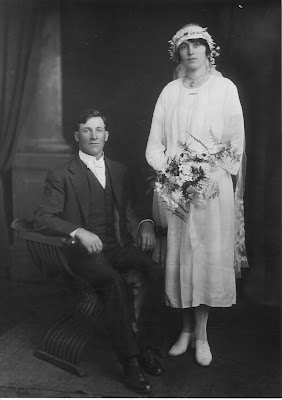 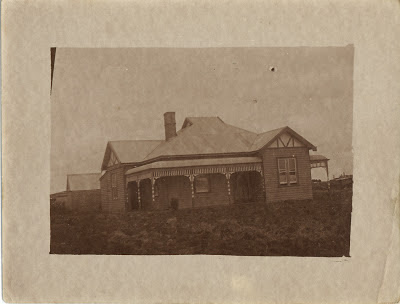 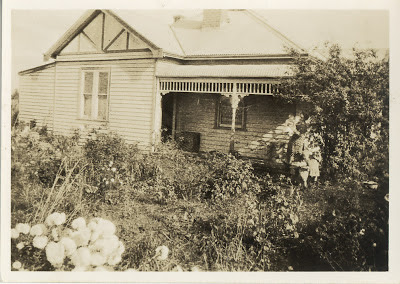 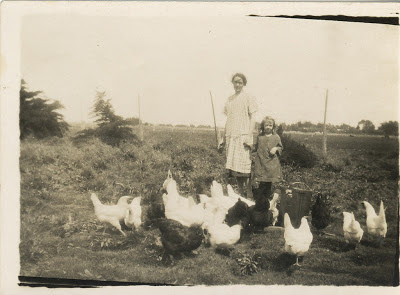 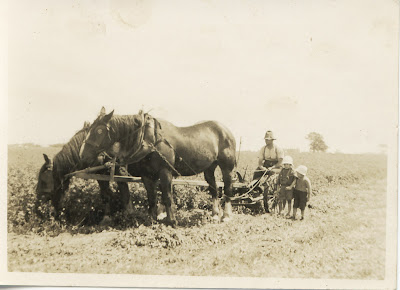