Mr Rodger the baker at Bunyip - 100 years ago this week

Hers is  a great advertisement from Mr Rodger the baker and general storekeeper at Bunyip in the Bunyip Free Press of July 22, 1915. In keeping with the nationalistic and imperialistic times, Mr Rodger advertises No fancy Foreign cakes kept on my counter 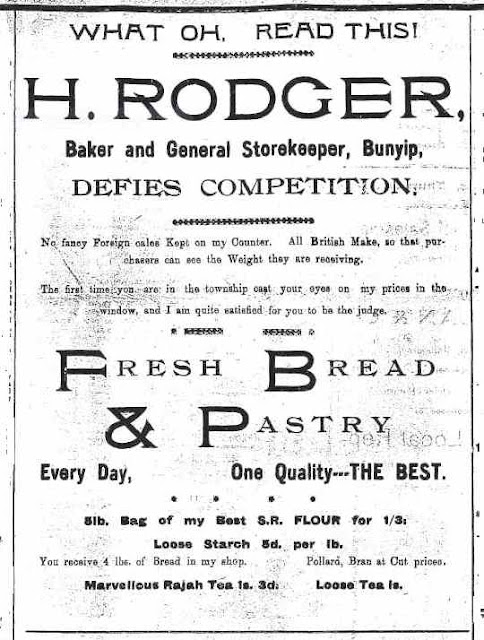 Henry Rodger is listed in the Electoral Rolls as a baker in Bunyip from 1903 until 1924. In 1928 he is listed as a retired baker. He was married to Hannah and she died August 10, 1926 and is buried at Bunyip Cemetery. Henry died December 17 1937 and he may well be buried with his wife but he is not on the gravestone. They  had three children Aldred (died 1969, aged 72, buried at Bunyip), Ada and Jessie.