John Mickle (1814-1885) arrived in Melbourne in 1838. He came from Berwickshire in Scotland, where his family were farmers, and not especially wealthy, but John was ambitious and an astute businessman. He set up as a Stock and Station agent and was later joined by John Bakewell.  In 1848, they sold out to Richard Goldsborough who later established the Goldsborough Mort Company which merged with Elders Smith in 1962.

In 1851, Mickle and Bakewell joined with William Lyall and formed the partnership of Mickle, Bakewell and Lyall.  Previous to this, John had built a house in Collingwood, and owned seven acres of land adjoining Chapel Street in Prahran, which was valued at £100 per acre. Mickle and John Bakewell then purchased 159 aces in Kew  - the 75 acres facing Studley Park Road cost them £20 per acre and the rest £13 per acre. The pair then held various large properties in Victoria and in 1851 Mickle and Bakewell with William Lyall took up the Tobin Yallock (also called Yallock) run of 1,920 acres – this run was located on the Yallock Creek. In the same year they acquired Red Bluff (south of Lang Lang) and then the Tooradin Run in 1852 and the Great Swamp Run in 1854. The partnership was dissolved in 1857 and Mickle ended up with the Upper Yallock Run, renamed Monomeith.

By 1854, the trio were seriously wealthy. Mickle had married Margaret Lyall (William’s sister) in 1851 and in 1854 they all returned to Great Britain for a holiday - John and Margaret Mickle, her mother and her brother, William Lyall, and his wife Annabelle and their three children; John Bakewell and his brother also went plus about seven others. The group embarked on February 25, and did not clear the Heads at the entrance to Port Phillip Bay until March 1; they arrived in London on May 22. The party toured London and other parts of England.  John and Margaret Mickle returned to Melbourne in 1857 and had a house at the top end of Collins Street. However in 1861 they left again and sailed to the port of Suez in Egypt and then overlanded to London and then onto Scotland. They purchased a house in Scotland and John died there in 1885 at the age of 71.  Two personal facts about John Mickle - he was  a man who strictly celebrated the Sabbath and he was described as a  ‘huge man’, well over six foot tall, taller than his wife Margaret who at six foot tall was extraordinarily tall for  a woman in those days. They must have been an imposing looking couple. 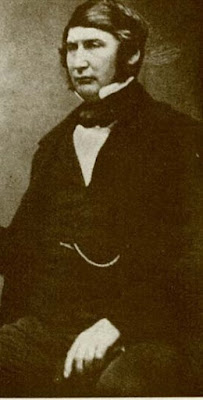 Other members of the Mickle family also came to Australia including John’s brother, Alexander, in 1855 and his cousin Andrew Hudson. It was Alexander, Andrew and William Lyall who managed the Mickle property on behalf of John and Margaret whilst they were overseas. Alexander and his wife, Agnes, settled on the Yallock property, having come by bullock dray to Tooradin, and then by boat to the Yallock Creek. They later moved onto a new house on the Monomeith property. Sadly, in November 1861, at the age of 33, Alexander died from appendicitis and peritonitis leaving Agnes a widow, with two young children, David (b. 1858) and Margaret Isobel (b.1860) and eight months pregnant with their third child. On the day Alexander died, the only other person on the property was “the lad” John Payne, who had to ride into Cranbourne for the Police and to arrange the funeral. Four weeks after the death of his father, John Alexander Mickle, was born on Boxing Day.

Agnes married Andrew Hudson in 1865 and she had two more children. They lived at Monomeith where Andrew operated a dairy and made cheeses, and later lived on the Warook property (the existing Warook homestead was built by the Greaves family in 1906). Again sadly, Andrew Hudson died in 1888, aged 55, shortly before the family were to move into the newly built The Grange, in Koo Wee Rup. Agnes remained at The Grange until she died in 1913, aged 86.  The Grange was sold out of the family by her son, James Hudson, in 1920; some of the land was sub-divided and Sybella Avenue was laid out in 1921. The Grange homestead is still standing and was also used for the first Presbyterian Church services in Koo Wee Rup, until the existing church opened in 1896.

Back to Alexander and Agnes - their son, David, married Alice Atyeo and they were the parents of Alexander; David, the local historian, and Fred.  They lived at Wellfield a property on the south side of The Grange, consisting of 300 acres. It was named because of the good supply of underground water.  Isabel married Richard Scott of Poowong and they had seven children.  John, the baby born after his father died, married Laura Leggo of Ballarat and they had two children. John owned the 300 acre Lauriston Park in Koo Wee Rup. The part of his land with a frontage to Rossiter Road was subdivided in the 1920s and later, around 1926, John and Alexander and Mickle Streets were created.
Posted by Heather at 8:30 PM